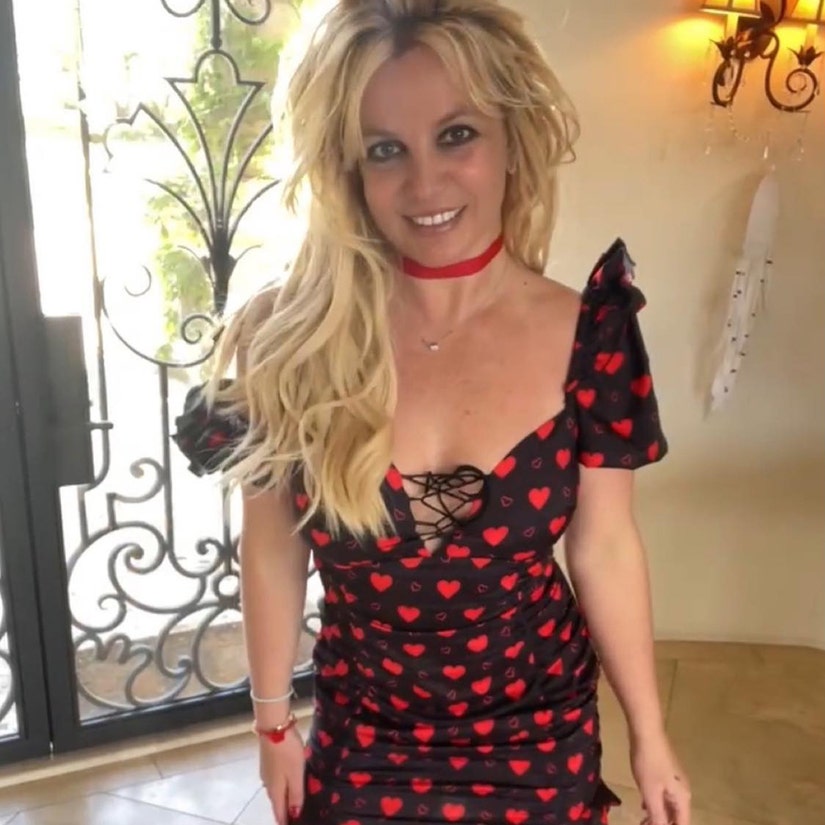 Britney Spears is taking a step back from social media.

The pop star shared a post to Instagram making the announcement alongside a cute video of a baby wearing sunglasses, lounging at a miniature salon.

The former child star has been keeping fans looped into her life via frequent posts to Instagram — including an apparent pregnancy announcement.

Earlier this month, she and Sam Asghari appeared to announce they are expecting.

Saying she won’t be out in public as much to avoid the paparazzi, Spears then addressed the stigma around mental health for new moms.

“It’s hard because when I was pregnant I had perinatal depression … I have to say it is absolutely horrible 😔  … women didn’t talk about it back then … some people considered it dangerous if a woman complained like that with a baby inside her,” she wrote. “But now women talk about it everyday … thank Jesus we don’t have to keep that pain a reserved proper secret 🤫 😬😬😬  … This time I will be doing yoga 🧘‍♀️ every day !!! Spreading lots of joy and love 💕 !!!”

Asghari, 28, took to Instagram a few hours after Spears’ shared her post. The actor posted an image of a painting that showed a family of lions, appearing to depict a mother, father and a cub.

In the post’s caption, Asghari expressed his excitement about fatherhood, calling it “the most important job” he’ll “ever do.”

“Marriage and kids are a natural part of a strong relationship filled with love and respect,” he wrote. “Fatherhood is something i have always looked forward to and i don’t take lightly. It is the most important job i will ever do🙏.”