Operating from outside of the system and against all odds, NF quietly and unassumingly ascended to the forefront of modern hip-hop on his own terms. Forbes noted, “NF’s success speaks to what can be done these days outside of the traditional system.” Now, after the launch of his current sold out tour, chart-topping rapper NF announces the second North American leg of The Search Tour, including a stop at Starlight Theatre May 12, 2020.

NF recently topped the Billboard charts with his fourth studio album, “The Search.” Released on NF Real Music/Caroline, “The Search” sold 130,000 equivalent album units and now boasts more than 120 million global streams to date. It marks the rapper’s second consecutive album to land at number one on the Billboard Top 200, following 2017’s multi-platinum certified “Perception.” NF surprised the industry with its success, and he proved his place atop the music industry with “The Search”—selling more than double his previous chart-topping album. 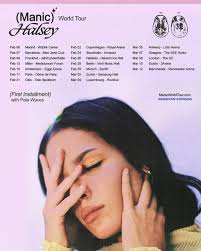 Following the success of last summer’s sold-out North American tour, the Backstreet Boys are excited to announce a second North American tour. Produced by Live Nation, the extensive 45-date, three-month trek will see the group performing their impressive catalogue of award-winning hits in arenas and amphitheaters all over the U.S. and Canada. The forthcoming run is the second North American leg on their tour, which has become one of the group’s biggest arena tours in 18 years, thanks to the global success of their #1 and GRAMMY nominated new album “DNA.” 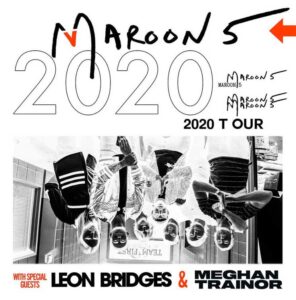 One of the most dynamic performers of this era, Mr. Worldwide, aka Pitbull, is set to take over stages across North America for the first time in nearly two years on the I Feel Good Tour, coming to Starlight October 6, 2021. The global superstar will once again pull out all of the stops as he delivers a set loaded ­­with instantly recognizable smashes and surprises. In addition, he’ll be performing new music from his forthcoming English album on stage for the very first time.

Joining Pitbull on the Starlight stage is GRAMMY®-nominated rapper and pop culture icon Iggy Azalea. Based in Australia, Iggy Azalea broke into the international music scene in 2014 with her debut album “The New Classic,” which became No. 3 on the Billboard 200 album chart and included the top hit “Fancy,” featuring Charli XCX. That year, Azalea became the first musician since the Beatles to have songs occupying both the No. 1 and No. 2 positions on the Billboard Hot 100 singles chart at the same time (“Fancy” reached No. 1, while Ariana Grande’s “Problem” —which featured Iggy Azalea—claimed No. 2). Iggy Azalea has released numerous albums and singles and was previously a judge on the eighth season of “X Factor Australia.” She has collaborated and recorded with artists such as Britney Spears, Ellie Goulding, Jennifer Hudson, Lil Yachty, MØ, Rita Ora, Tyga, Wiz Khalifa and more.