MANHATTAN — Congressman Roger Marshall was back in Manhattan Saturday, hosting a town hall discussion with about two dozen constituents at the Sunset Zoo’s Nature Exploration Place.

Most in the audience were vocal opponents of the Republican Congressman. Marshall was asked about a number of topics including how Congress can lower the cost of prescription drugs. He says they’re now approving twice the number of generic medications per year as were previously approved under previous administrations. But he says the biggest challenge now is the pharmacy benefit managers, four of which control 90 percent of U.S. prescriptions. 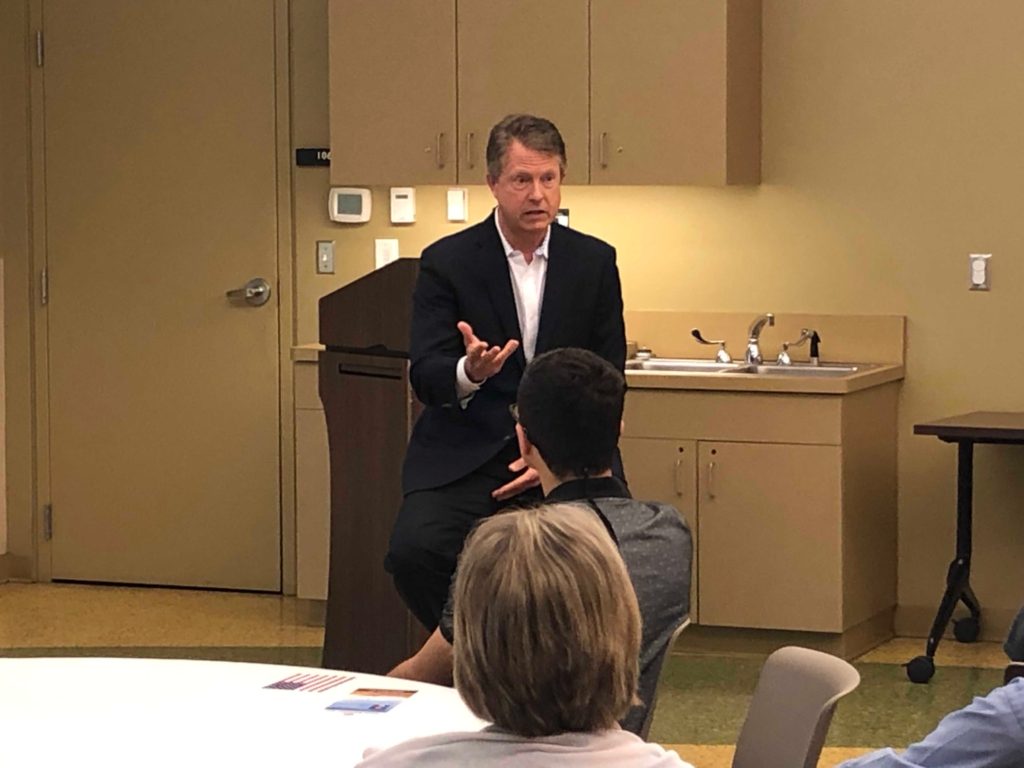 Marshall says along with transparency the justice department needs to work to make those kickbacks to the pharmacy benefit managers illegal. He says it’s those companies that are not only driving up prescription drugs, but also health insurance costs.

Other topics covered during Saturday’s town hall ranged from border security, the ongoing Trump trade negotiations with China and the tensions in Iran. Marshall’s 2018 political foe Alan LaPolice of Manhattan, pressed Marshall on his unwillingness to oppose President Trump if he decides to escalate tensions with Iran. Things got heated when LaPolice asked Marshall if he’d personally be willing to support intervention with Iran with U.S. tax dollars.

Marshall says security advice he received weeks ago was that several months ago Iran loaded up a bunch of missiles and took them to the Iran/Iraq border and the Afghanistan border, in both cases threatening American troops. Thus, he says the U.S. has doubled down, quadrupling the pressure on Iran, which has caused them to “act out.”

On the topic of border security, Marshall says if lawmakers could come together to pass common sense immigration reform, Kansas could benefit by filling jobs for a workforce that is struggling to fill jobs.

Marshall also discussed his thoughts on states like neighboring Missouri which have recently approved controversial abortion restrictions and whether that may potentially lead to a showdown on the Supreme Court to overturn Roe v. Wade.

Marshall also deflected questions about a potential bid for Senate, saying he’s still evaluating that with his family and is in no hurry to make a decision.