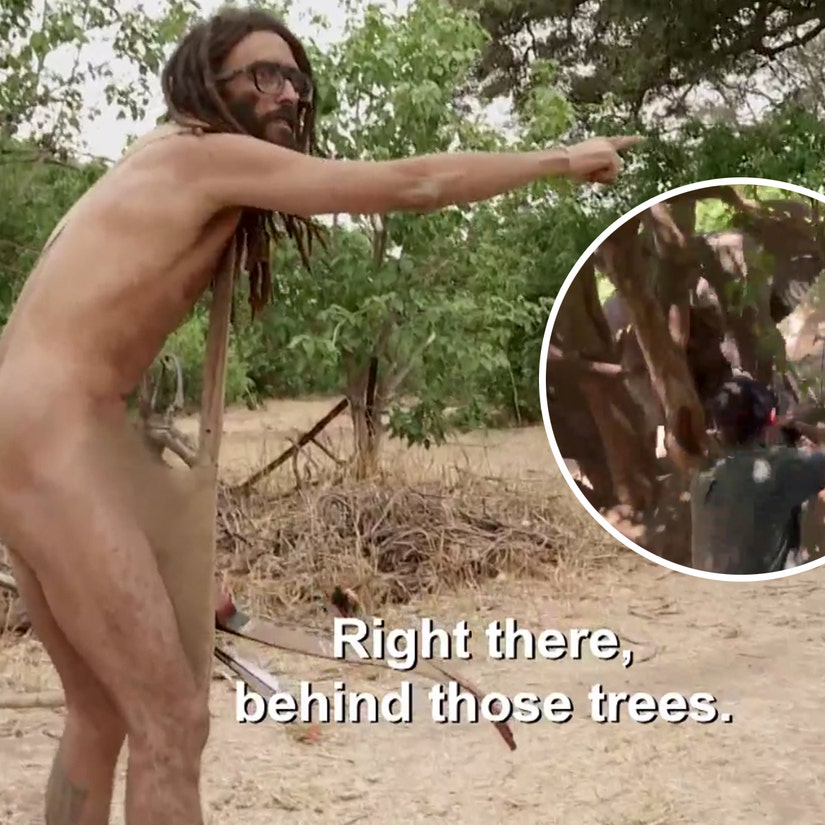 Naked and Afraid of ELEPHANTS

“Naked and Afraid” contestants had something to be truly fearful of on Sunday night’s episode.

Nicole, from Virginia, and Brazilian Diogo had a run-in with some truly massive wildlife in South Africa.

About midway through the challenge a herd of elephants began crossing a river, on their way right into the contestant’s camp.

As the crew and survivalists scrambled to escape the oncoming herd, one elephant got a bit ornery.

While a ranger tried to shoo the gigantic mammal away, the elephant charged through a tree they were taking cover behind.

“An elephant just passed right by us,” Nicole told the cameras and said the majestic creatures “are, like, really close.”

While Diogo said the elephant “passed by running through the bushes” and admitted it was “scary.”

The rangers temporarily suspended shooting for the elephants to pass. And even with the apparent close call, both contestants made it through the 21 day challenge.

This was not the first time contestants on the series have had close encounters with elephants — check out the video below!