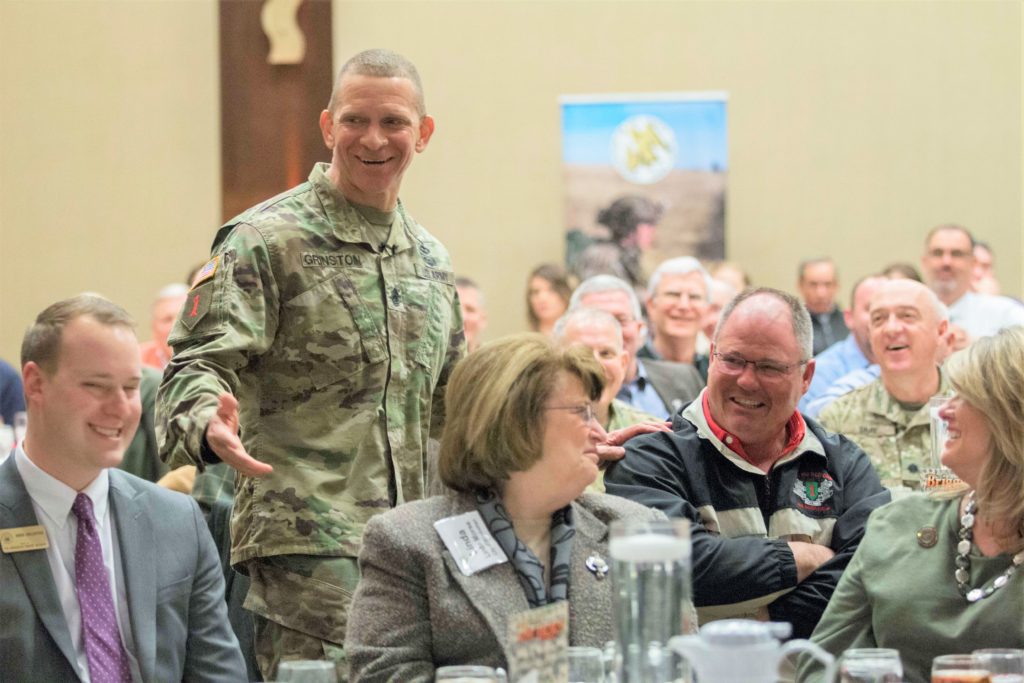 Grinston becomes the third former Fort Riley official to be chosen in recent months for a top Army leadership position. Grinston will be the Army chief of staff’s personal adviser on enlisted force matters. He joins former Fort Riley Commanding General Paul Funk, who was named commanding general of the U.S. Army Training and Doctrine Command. On May 24, former commanding general Joseph Martin was confirmed as the Vice Chief of Staff of the Army.

Grinston serves as the senior enlisted leader for U.S. Army Forces Command (FORSCOM), which is the Army’s largest command and provider of expeditionary land forces. During his Army tenure, Grinston has served in every leadership position from team leader to division command sergeant major. He has twice been deployed each to Operations Iraqi Freedom and Enduring Freedom, in addition to stints in Desert Shield, Desert Storm and to Kosovo.

A swearing in ceremony for Grinston will take place Aug. 16 at the Pentagon.