MANHATTAN — One year after fire damaged Kansas State University’s Hale Library, progress is coming along with the first floor scheduled to reopen in the fall. 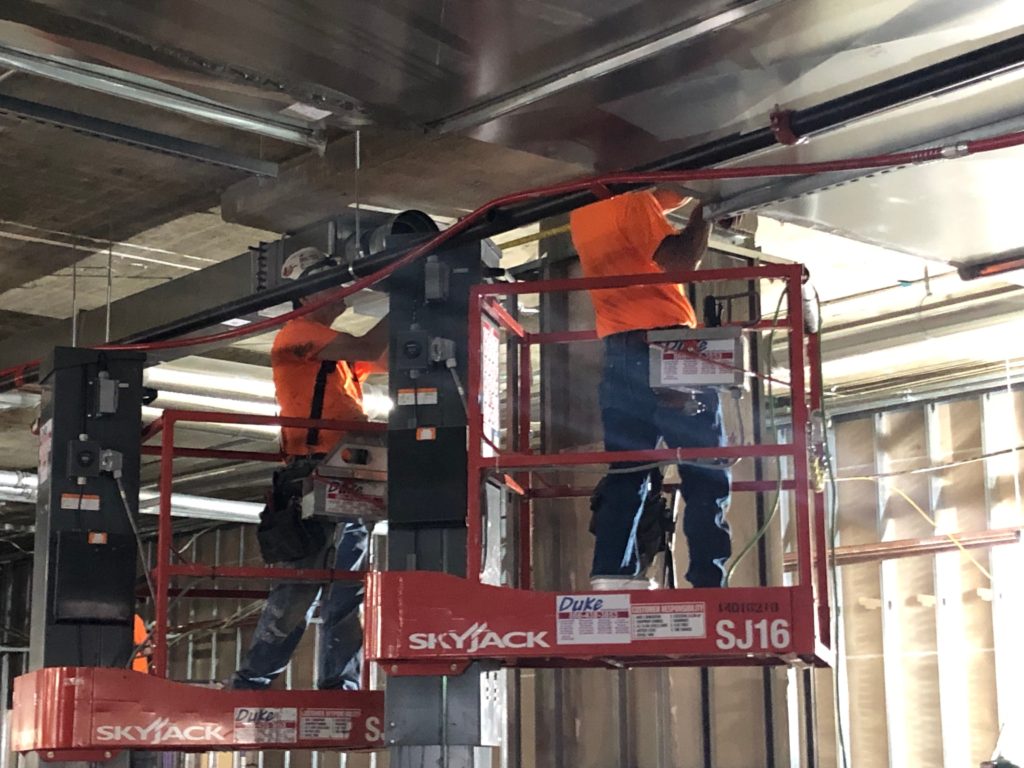 Crews work to secure wiring and pipes on the first floor of Hale Library Friday morning. Photo by Brandon Peoples/KMAN

K-State officials gave tours of the building Friday which continues to undergo renovations, especially noticeable on the building’s first three floors. An estimated 85 percent of the building was gutted, including wiring, ceiling tiles and carpet due to damage. In some areas, only the bottom two feet of drywall was water damaged. In other areas, entire walls were stripped down to the metal studs. Dean of Libraries Lori Goetsch tells KMAN that the building process is now starting to take shape.

The second floor is expected to open in early spring 2020 with the fifth floor opening shortly thereafter. The renovations should be completed by late 2020. Goetsch says they appreciate the patience of students in what’s been a challenging year without the library.

Goetsch says she’s heard from many seniors that they plan to come back to campus to see the finished product next year. She adds that construction is on schedule with the Dave and Ellie Everitt Learning Center Commons to open up on the first floor this fall. She says that’s an exciting part of the renovation. 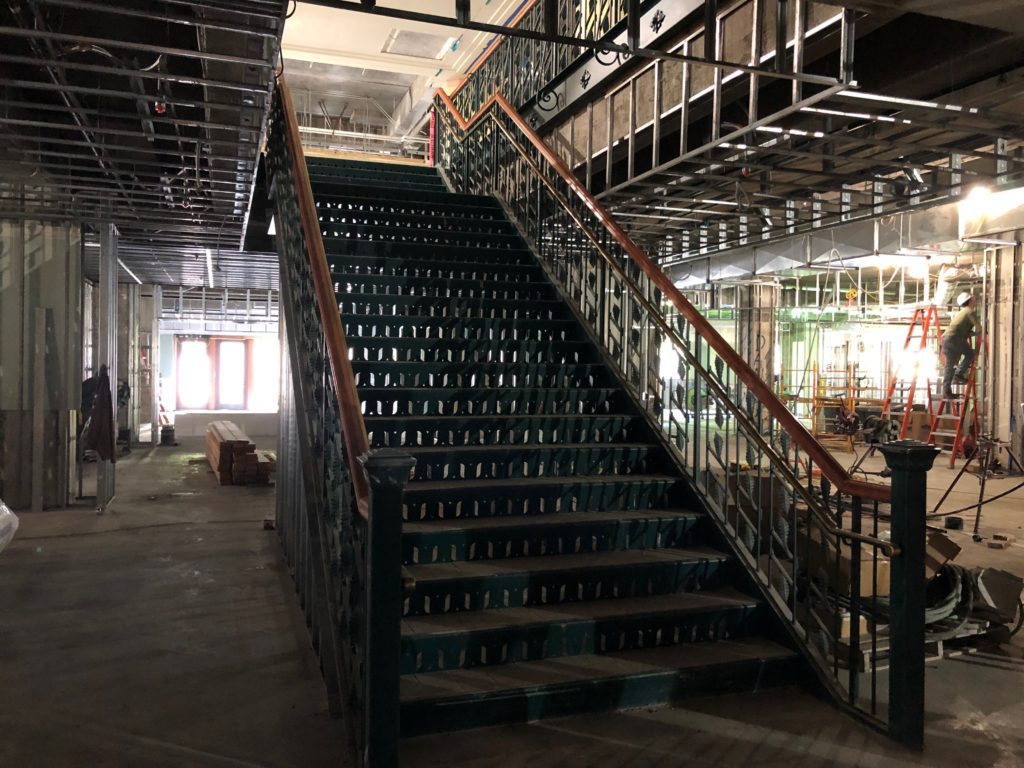 The stairway leading to the second floor of Hale Library sits vacant among construction elsewhere on the building’s first floor. Photo by Brandon Peoples/KMAN

There are still some parts of Hale Library that have not completely dried out since the May 22, 2018 fire.

The fire was ruled accidental. It caused a significant amount of smoke and water damage to the building. Many of the books are still housed in about 10 different locations in and around Manhattan and in caves in the Kansas City area. Additional photos from Friday’s media tour can be found below.

(All photos taken by Brandon Peoples/KMAN) 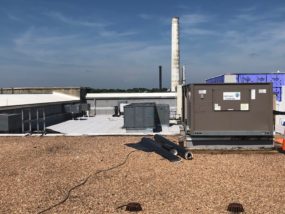 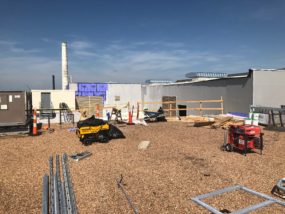 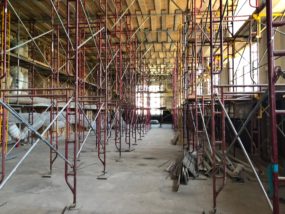 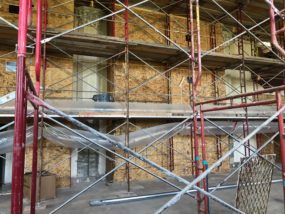 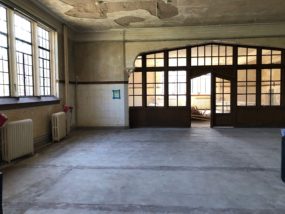 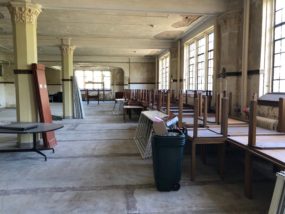 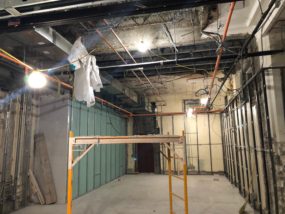 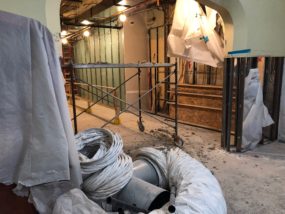 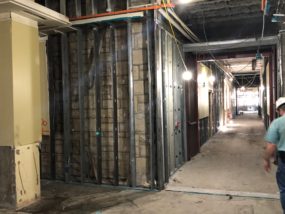 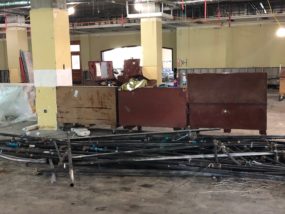 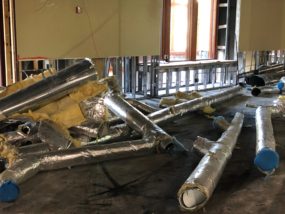 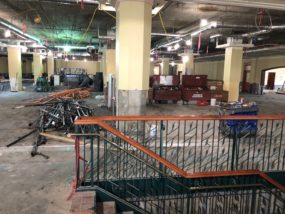 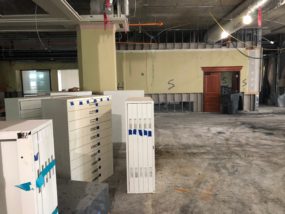 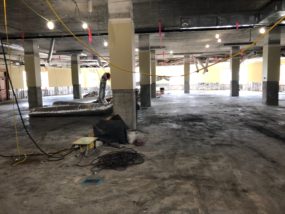 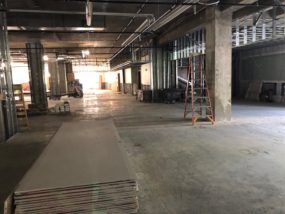 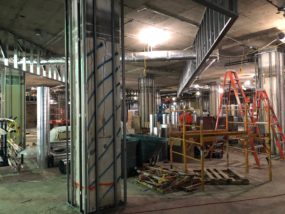 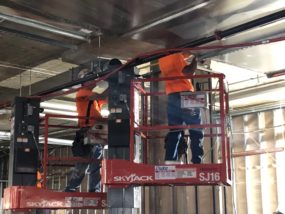 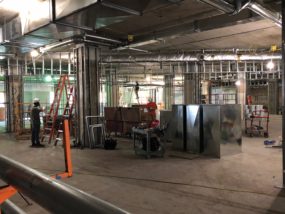 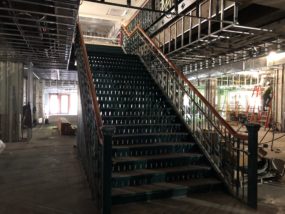 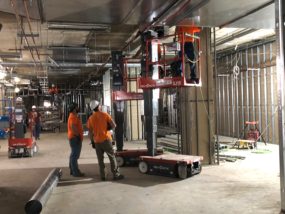