How Kourtney Kardashian Broke Her Engagement Ring: ‘One of the Worst Things I’ve Ever Done’

Home/Entertainment News, Z News/How Kourtney Kardashian Broke Her Engagement Ring: ‘One of the Worst Things I’ve Ever Done’
Previous Next

How Kourtney Kardashian Broke Her Engagement Ring: ‘One of the Worst Things I’ve Ever Done’ 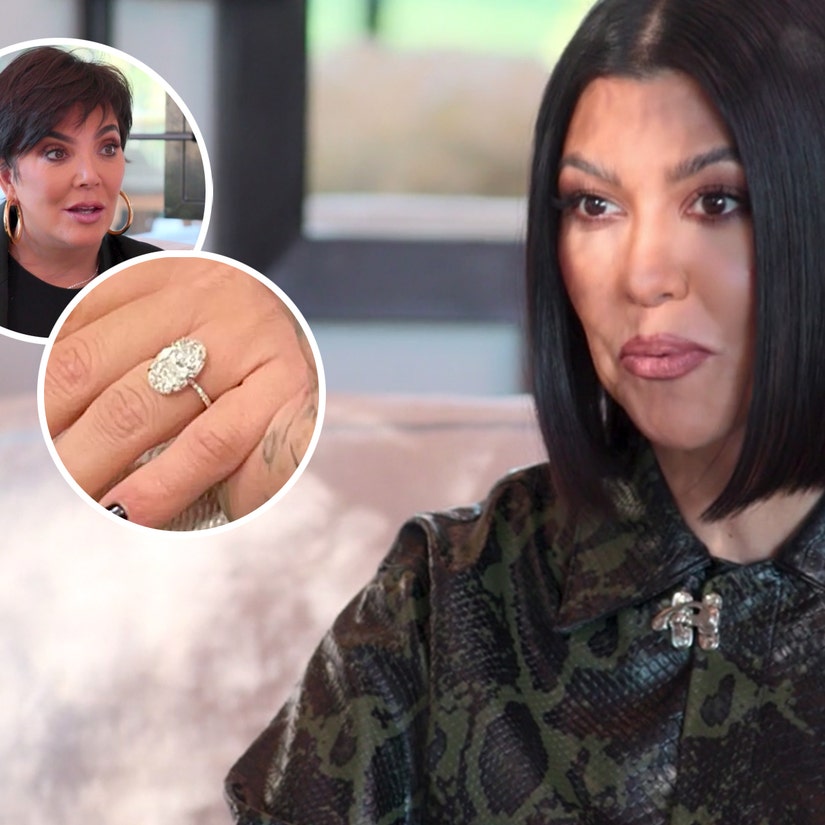 “I called Travis, I was like, I did something really, really bad”

No, Kourtney Kardashian didn’t break off her engagement to Travis Barker … but she did break her ring.

On Thursday’s new episode of “The Kardashians,” the reality star revealed why she already had to send off the sparkler to get fixed, just days after Barker popped the question.

“This is probably one of the worst things I’ve ever done in my life,” she explained, in dramatic fashion, after her mother Kris Jenner asked to see the pricey bauble. “I was sitting on my floor folding sweatshirts, I took the ring off and put it on the floor. I stepped on the ring.”

Scott Clashes Hard with Kris, Kendall on The Kardashians — Before ‘Awkward’ Kourtney and Travis Interaction

After “hysterically crying in my closet for hours,” Kourt said she called her fiancé and told him, “I did something really, really bad.” He, however, “handled it the best,” said Kardashian — even though she had a “nervous breakout” about the incident.

“I was like,’ This is the most beautiful thing I’ve ever had in my life, how could I have done that?'” she added.

Barker and Kardashian got engaged back in October 2021, when the Blink-182 drummer popped the question on the beach, surrounded by roses. He surprised Kourtney with her family after she said yes — though that sparked some drama with Scott Disick, whose kids with Kourtney weren’t invited to the celebration.

Elsewhere on Thursday’s episode, Kourtney, Scott and Travis were finally all in the same room for the first time since the engagement news — and, according to both Kris and Khloe, it was “awkward.”