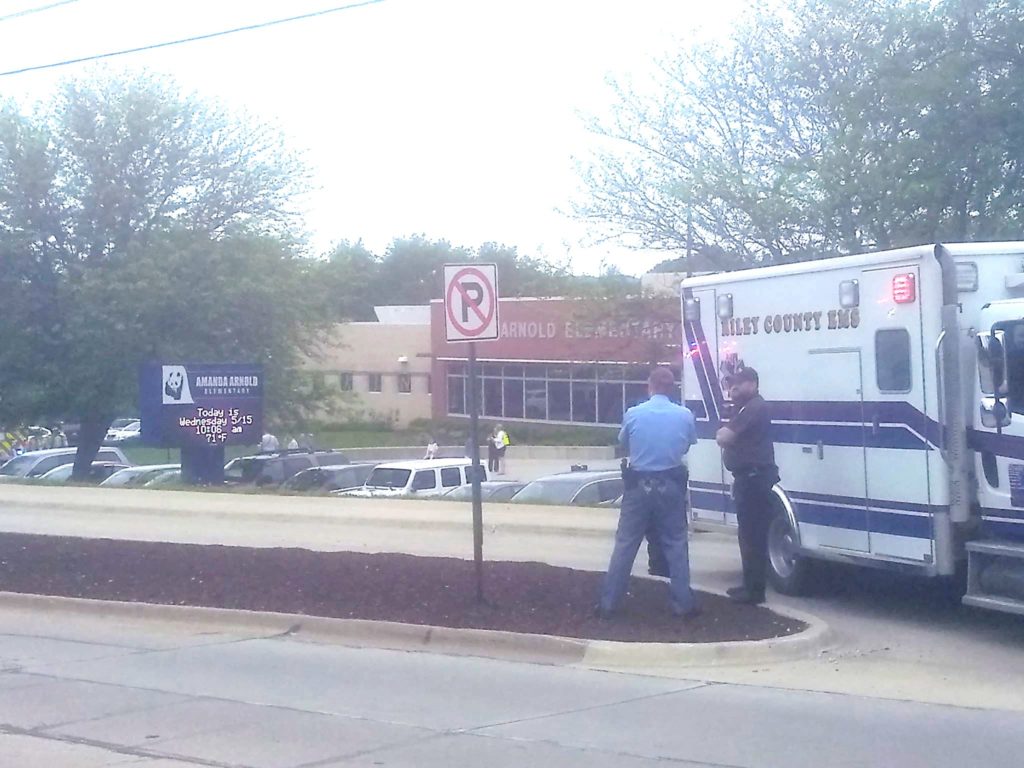 Manhattan Fire crews responded shortly before 10 a.m. and removed all students and staff from the building as a precaution. Manhattan Fire spokesman Ryan Almes tells KMAN that a microwave was the cause of the smoke. There was no fire. Firefighters scanned the building from the inside and the roof before giving the all clear.

Students were allowed back into the building about 40 minutes after the initial response. It’s not clear if there was any damage to the microwave or to the school’s kitchen.