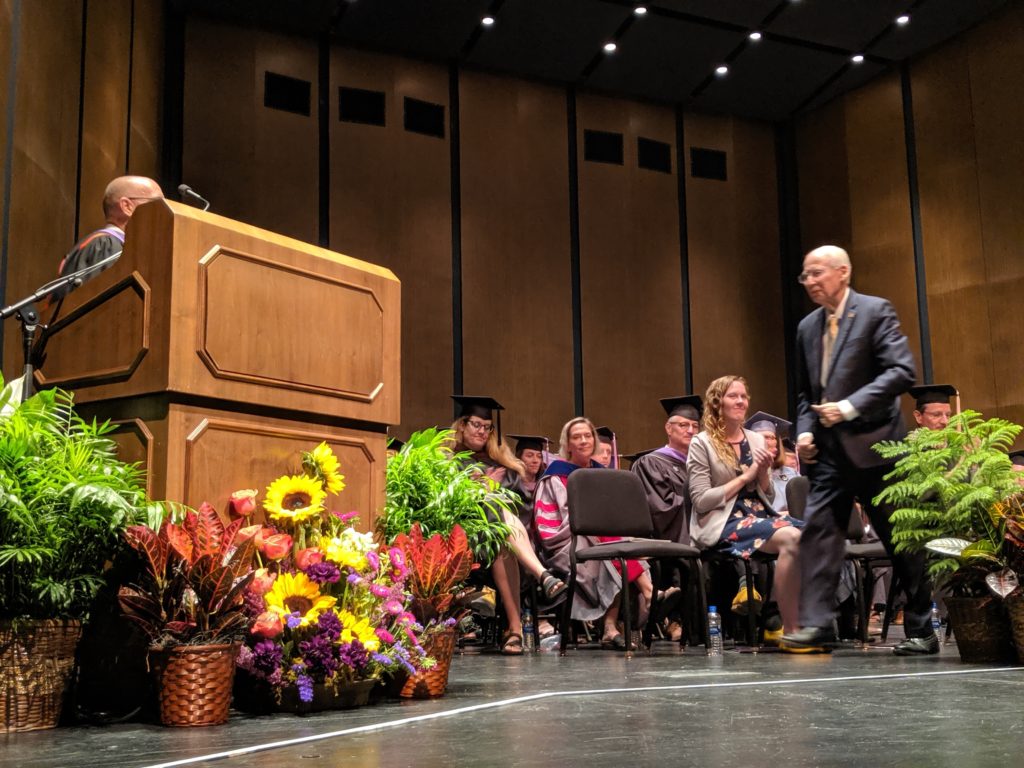 Success in their upcoming lives was the focus of Bill Snyder’s commencement address on Saturday.

Snyder was the speaker during the College of Architecture, Planning and Design’s 2019 graduation ceremony. He says while everyone on stage has something that makes them unique, they have more in common than they think.

“These graduates have a tremendous desire to be successful, they have certainly proven that,” said Snyder, “Also the fact they will be thrust into leadership roles in their lifetime in a variety of ways.  Leadership will certainly be a part of their lives.”

Snyder says when the graduates think about their desire to be successful, they need to remember those principles to be able to have that success in the areas important to them. 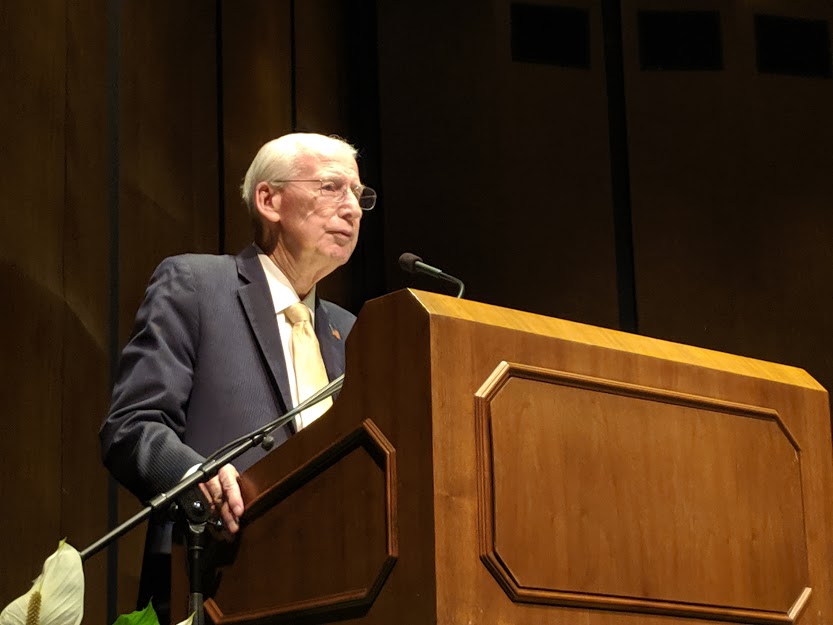 Bill Snyder giving his commencement address during the College of Architecture, Planning and Design’s 2019 graduation ceremony. Photo by Sam Hennigh/KMAN

He stressed the importance of the need to surround themselves with people who genuinely care, want to make their lives better, and will make it better.  They also need to become those people who will care about people and help make life better for others.

These are the kinds of characteristics in students is what brought him to K-State and kept him here all these years.
Snyder stressed the importance of having a plan and sticking to it everyday to achieve their goals.  The process in being able to establish and achieve their set goals is, according to Snyder, virtually as important as anything in their lives.  Establishing these goals is finding out what is important in the lives of these graduates.
Snyder says he gave a challenge to the players who came into the football program during his time. The challenge was to write in a notebook every night for a week the priorities in their lives.
“What do I have to do in order to achieve these goals? What are the steps I need to take?” said Snyder, “Therein lies the value of those people you bring into your life.  Those people who genuinely care about you and want to make your life better.  There are people there who can identify, for you, the steps you need to take to achieve things you have not achieved before in your life.”
Without those people in their lives, they might not have known the direction they would have to take to achieve their goals.
Perseverance was another important item Snyder stressed to the graduates.  He says when they look at trying to achieve their success, they need to take consistent improvement to find their way every single day in their lives to make a little bit of improvement towards those desires.
Snyder ended his speech by wishing the best and good luck to the graduates.

The post Snyder encourages graduates to act on their goals for success during commencement speech appeared first on News Radio KMAN.