Home/Entertainment News, Z News/Watch Sophia Grace and Rosie Return to Ellen One Last Time — and Sing the Song that Made Them Famous
Previous Next 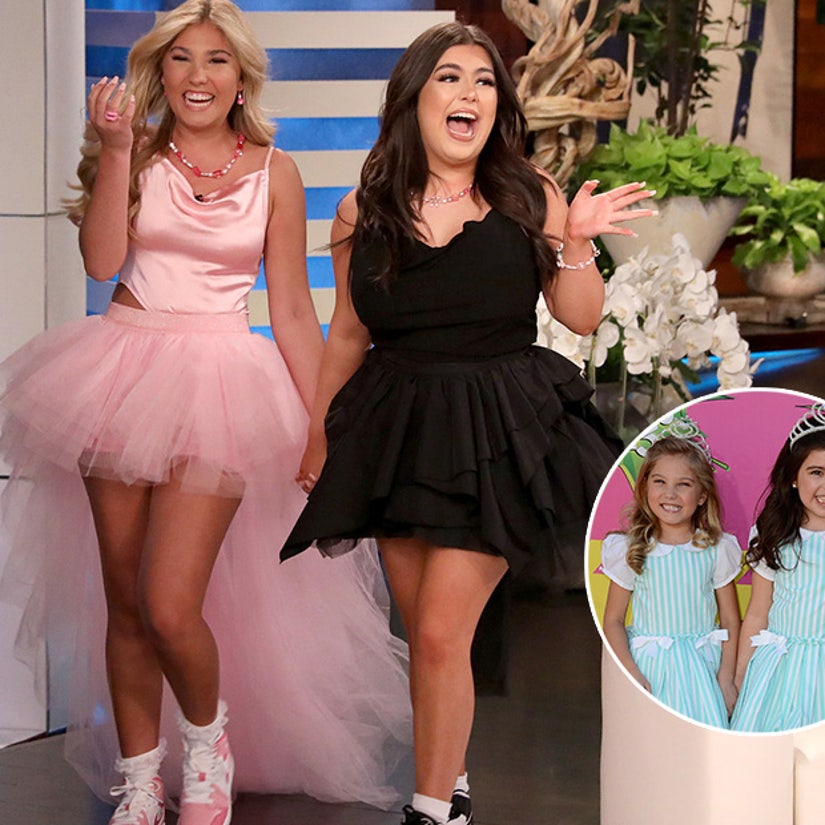 Check out how much they’ve grown as they look back on some of their best memories — and reveal what’s up next (Hint: it involves new music videos!)

As Ellen DeGeneres continues to wind down her eponymous talk show after 19 years, she welcomed back arguably the two biggest stars the show has ever made.

Way back in 2011, Ellen invited a pair of adorable little girls from Essex based on a viral video of them performing Nicki Minaj’s “Super Bass.” Since then, cousins Sophia Grace Brownlee and Rosie McCLelland have appeared more than 30 times.

Their grown-up appearance was even more startling coming after a montage of some of their greatest “Ellen” moments, which mostly happened when they were so young still. But we were pleased to see them still rocking the princess vibe and fluffy skirts, albeit with a somewhat more sophisticated vibe.

When asked about their iconic look that became so much a part of their image and appeal, Sophia Grace revealed that it was actually a last-minute costume change when their aunt decided to film them performing Nicki’s single.

Apparently, Rosie had previously been in Sophia Grace’s Virgin Mary costume from a play she’d been in — so their whole image could have been completely different. In fact, that costume paired with that song would certainly have made a bold statement!

Rosie shared that her favorite moment from their whirlwind time in the spotlight was when Justin Bieber kissed her on the cheek during the Kids Choice Award, even though at the time she admitted she was thinking, “Ew, a boy, he’s kissing me on the cheek.”

“Now, I’m like, oh my god, I’d let Justin Bieber kiss me on the cheek again,” she added with a huge grin.

For Sophia Grace, it was both the opportunity to meet Drake on a red carpet, as well as the moment on the show when Ellen surprised them with Nicki herself — and Nicki joined them on a live performance of “Super Bass.”

As for what’s next for them, it should come as no surprise that they’re both continuing the passion that first got them noticed. Sophia Grace has just released the music video for her new single, “Little Things,” while Rosie just dropped her new video for “Safe in Your Love.” You can check out both of those videos below, and check out the one above to see them tackle “Super Bass” one last time for Ellen.

“Ellen,” airing weekdays in syndication, moves ever closer to its May 26th final episode.